#Rotlös was created as an campaign for SOS barnbyar with the purpose to bring light to children in Sweden whom are currently living in public care, and to expand the awareness about children who are in custody of the state more often are at risk. During Almedalsveckan, the biggest political event in Sweden, Graffitiförmedlingen to the campaign to the streets with a guerilla marketing campaign.
The project was created together with Swedish street artist Hop Louie, and was highly successful. The campaign won “Hetast i Almedalen” (Most popular in Almedalen), with the motivation:
“SOS Barnbyar has directed our attention to the children whom have been draged up from their roots, their safety and today have to live in public care in Sweden. By eye-catching street art, guerilla auctions and bold expressions, they have made Almedalen talk about the fact the nobody should have to feel rootless (rotlös).” 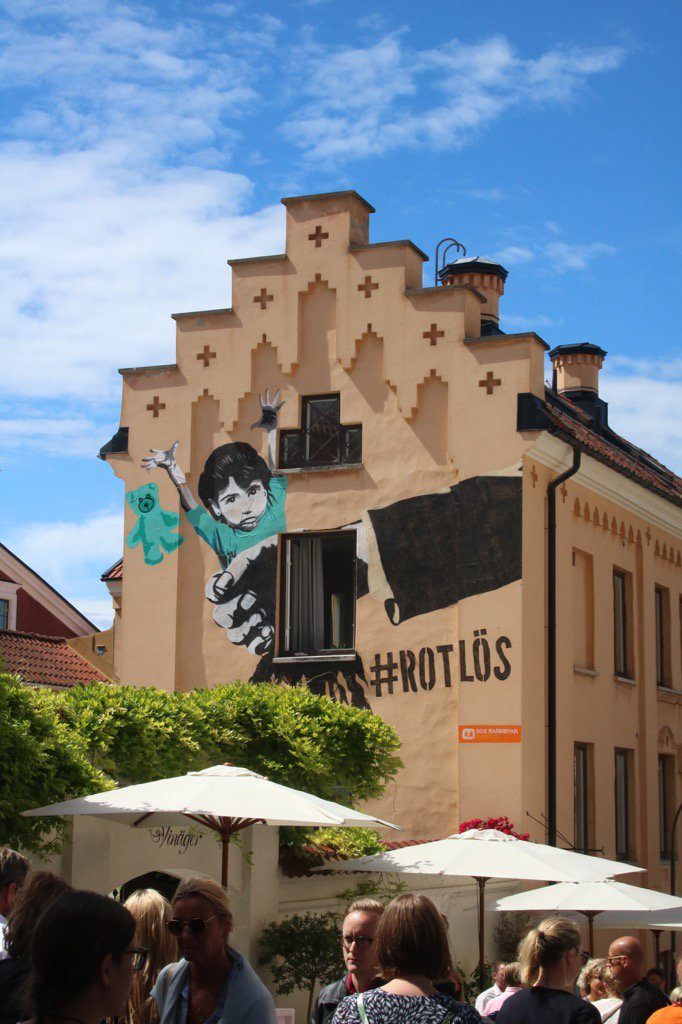 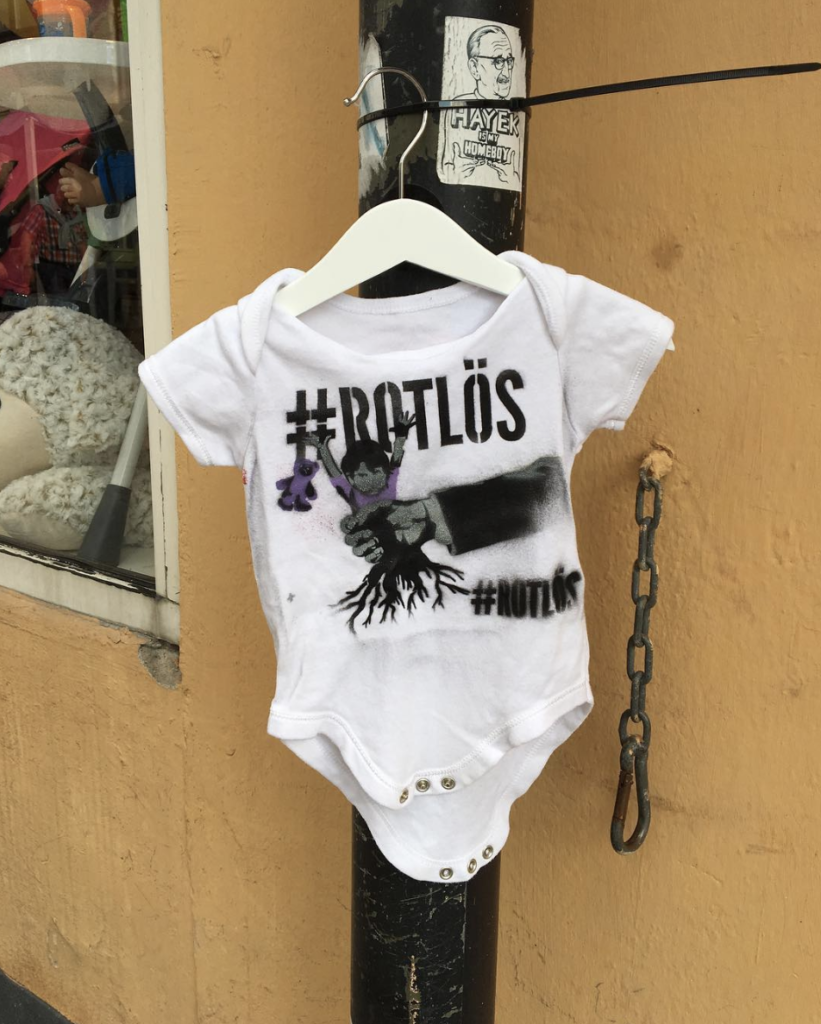 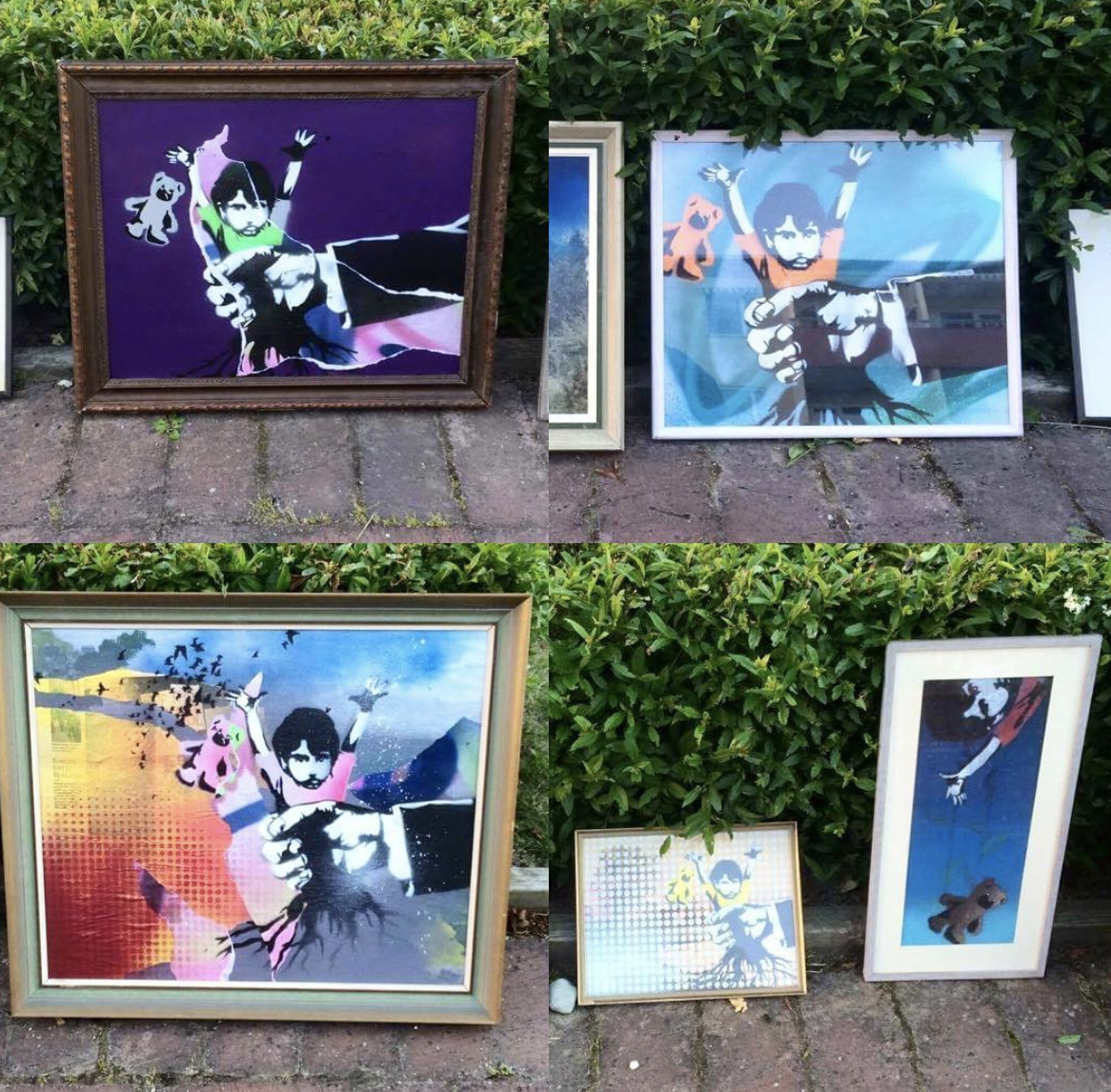 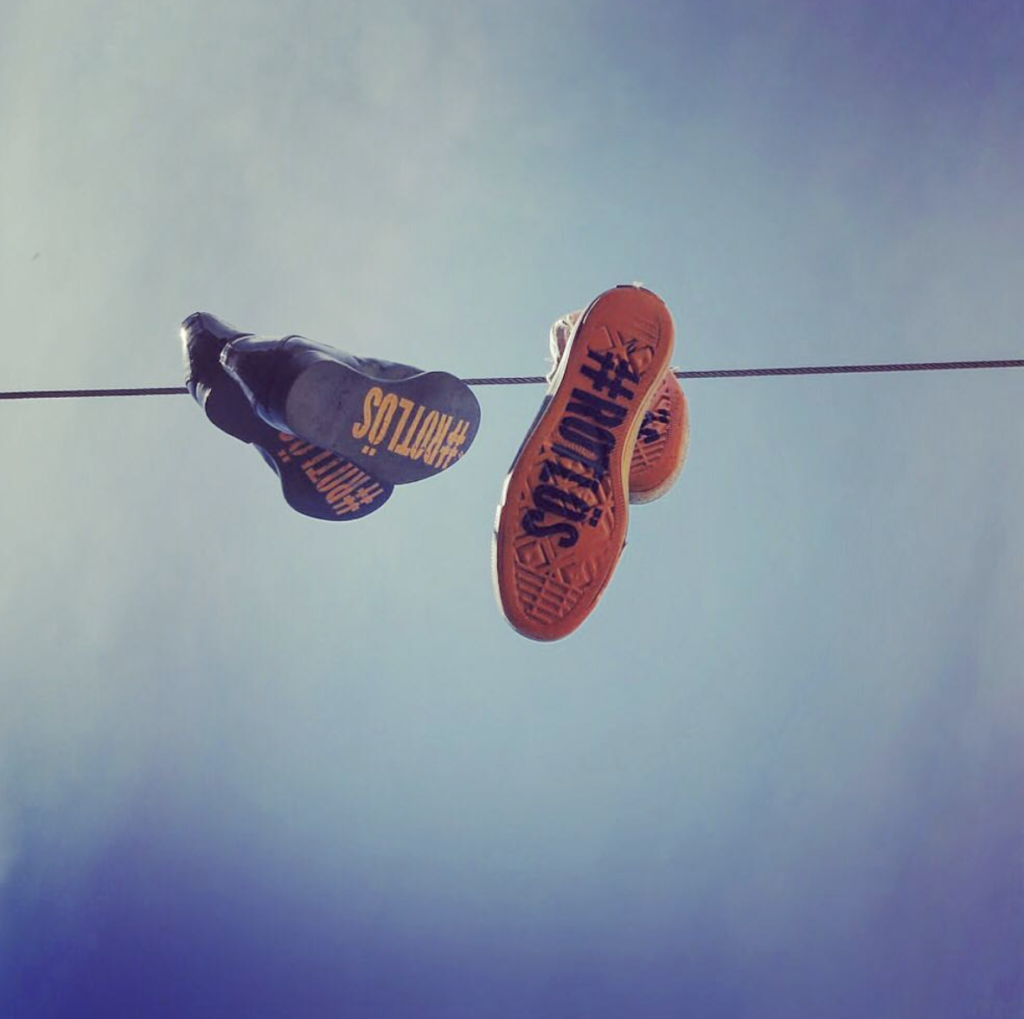